The “SUITE” accommodation with The Haven Resort Hotel, Ipoh – All Suites

Sushi Mentai- A renowned brand in Malaysia has finally made its grand debut in Singapore at Yishun, Junction Nine.

Simplicity struck my senses as we stepped into Sushi Mentai. No stark differences from the rest of the Japanese restaurant, I thought to myself.  However, with closer observation I began to notice that the chefs at the counter were constantly working with grace on each piece of sushi to ensure that the sushi conveyor belt is filled with an array of sushi and the intense focus the chef had on his sashimi as he slices the perfect cut, it almost feels like I am embarking on an omakase meal. But expect nothing close to the price of omakase and freshness comparable to that at Sushi Mentai!

Gourmet sushi at Sushi Mentai ranges from $1.30 to $1.80. Yes you seen it right! The maddening crowd and the snaking queue of customers speaks for the value for money gourmet food serve at Sushi Mentai. 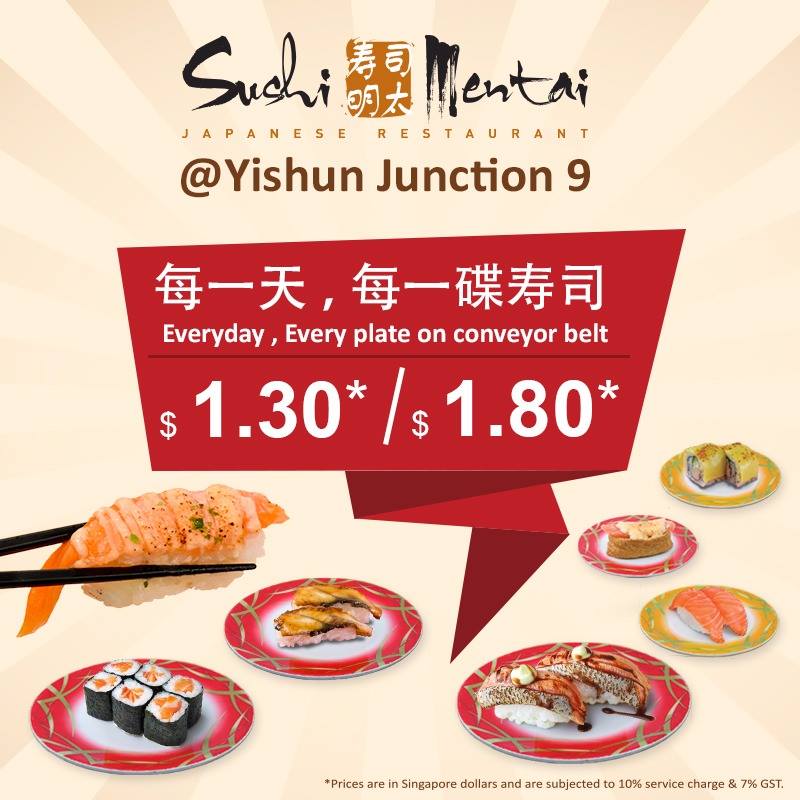 The word Mentai comes from the Japanese name Mentaiko. Mentaiko is the marinated roe of pollock and cod.  It is a sauce that is served with exquisite Japanese cuisine.

With its name deriving from Mentaiko, Sushi Mentai prides themselves by crafting only the finest Mentaiko sauce. (*Drumrolls*) The secret ingredient or recipe to their Mentaiko? Sushi Mentai uses only “A” graded pollock and cod, coupled with mayonnaise that are freshly imported from Japan and with a magical touch of Sake that will have any bon-vivant to go bogus for. And that’s not all peeps, the Mentaiko has to go through the holy grail, that is the sauce has to be lightly barbecued, before it is all ready to be served.

The perfect texture of the Mentaiko has to have that splendid shape of what you will get when squeezing your toothpaste out of the tube. Diluted Mentaiko sauce or any “toothpaste-less” shaped Mentaiko sauce are a definite NO NO. 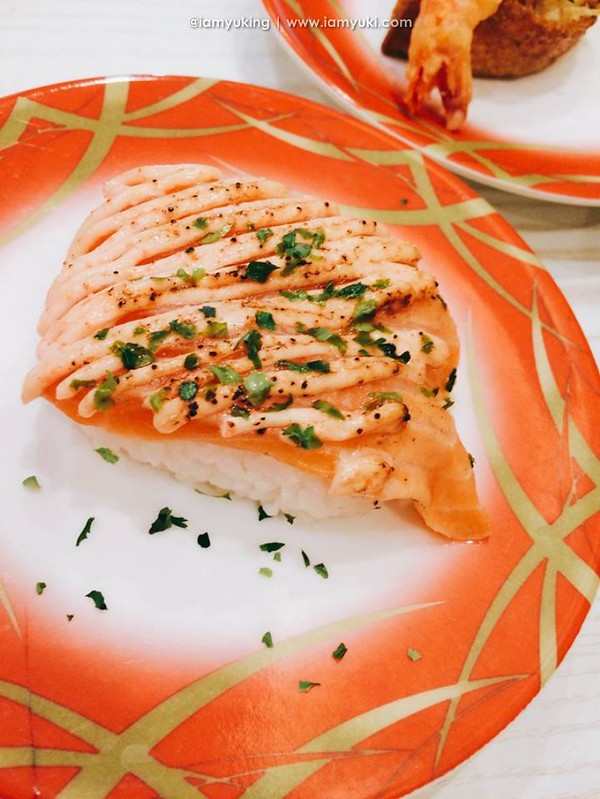 With nearly 30 years of experience as a distributor for Japanese fresh produces, Sushi Mentai selects only premium ingredients. A perfect example, salmon serve at Sushi Mentai are sourced only from Norway, Australia and New Zealand.

We revealed the “fresh strategy”, now here’s a pricing strategy that Sushi Mentai adopts to keep prices low for all epicureans out there. Sushi Mentai sells more for less; the golden equation- Less on profit and more on quantity sold!

Hey stay with us still! We ain’t deviating from Sushi Mentai to a game of soccer or any Pokemon team here!  To keep things simple, sushi plates are being served in two colours, Yellow or Red 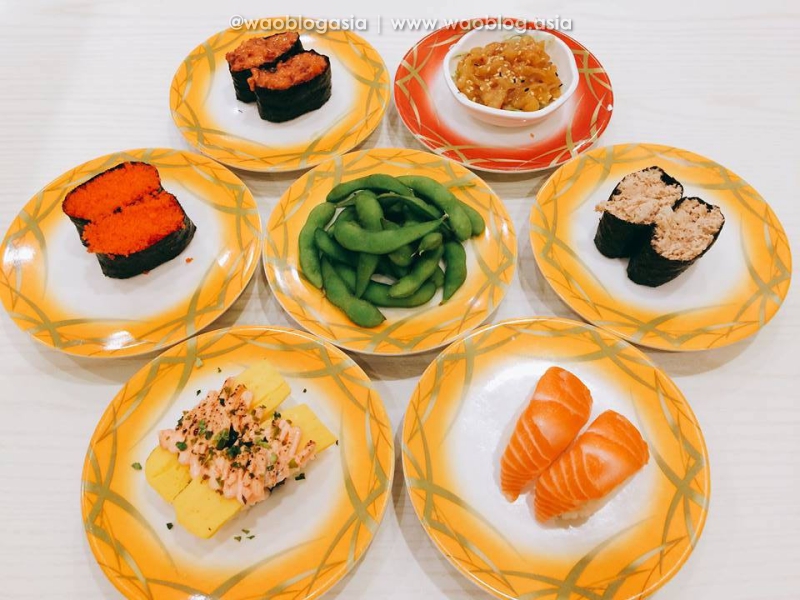 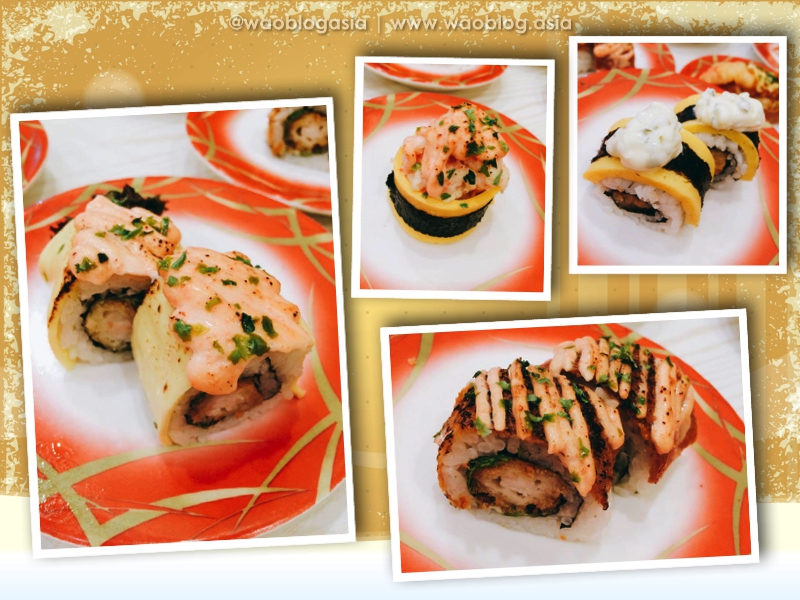 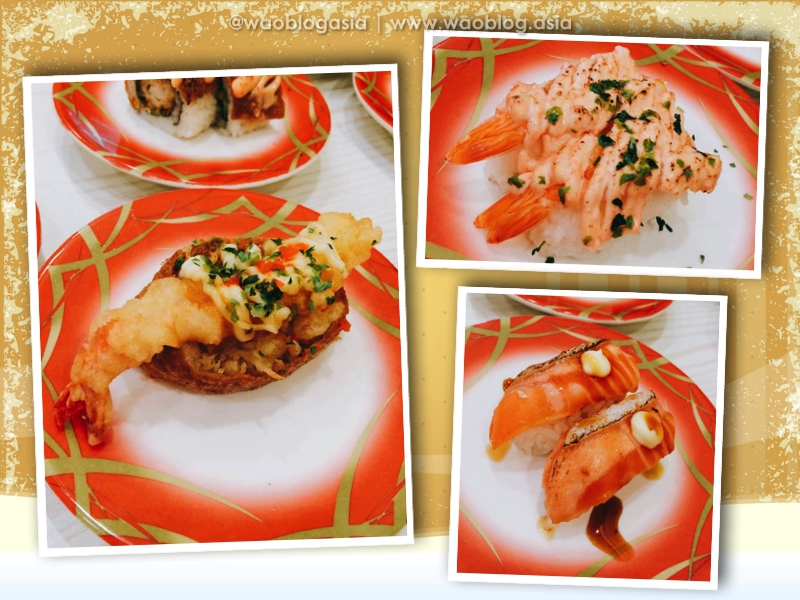 Here are my recommendations or WAO-picks at Sushi Mentai 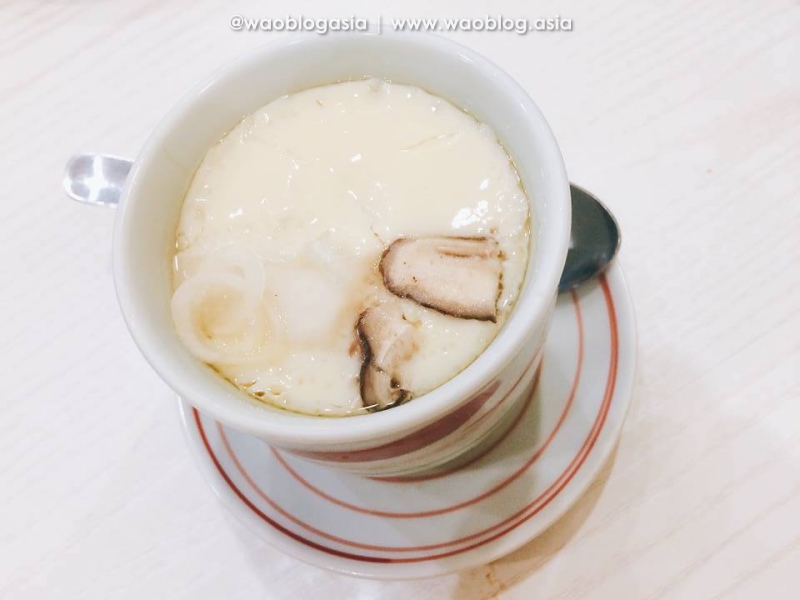 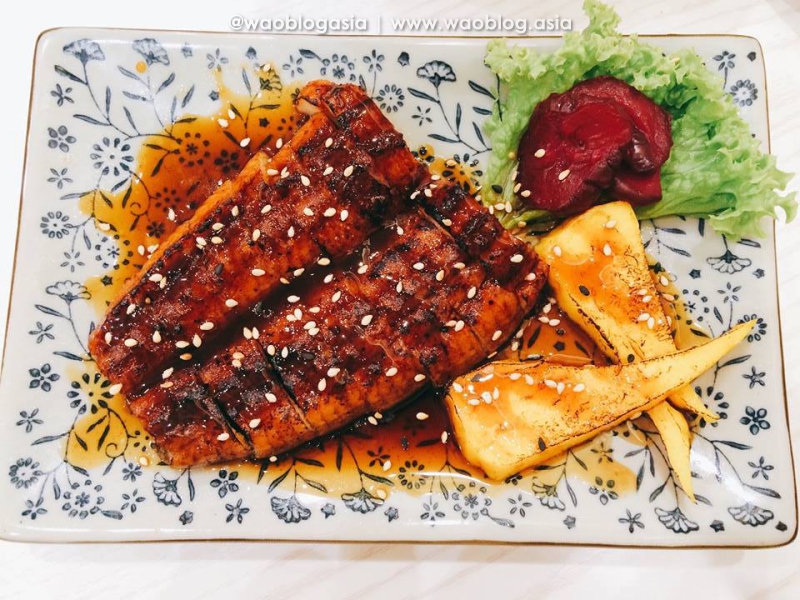 Unagi Kebayak- Don’t you just want a bite out of this picture! Aside from its amazing presentation, the Unagi Kebayak is all set to tantalize any aristocrats’ taste bud! The thickness and length of the unagi has to be of perfect standard before it is considered Sushi Mentai cuisine. The sweetness from the unagi together with its QQ- bouncy texture makes this dish an unrivaled one. 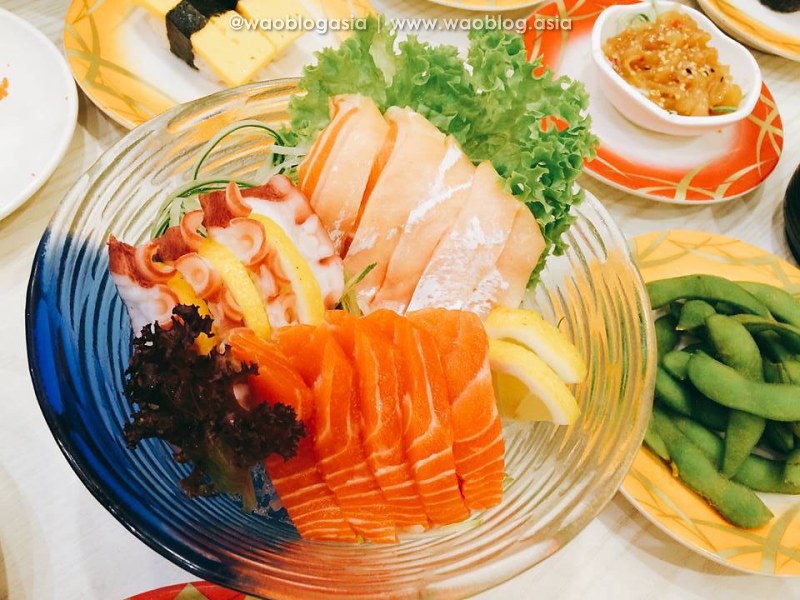 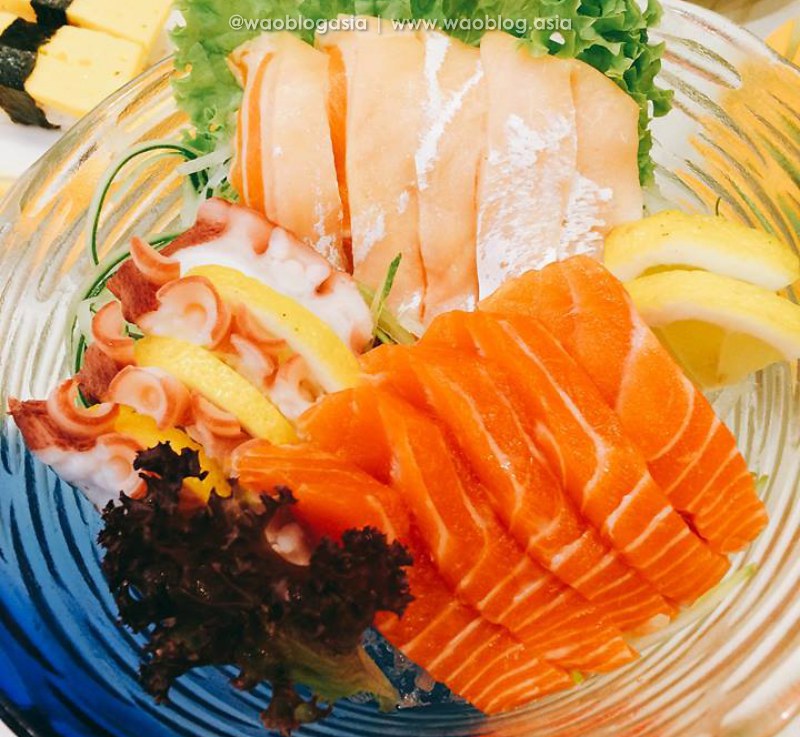 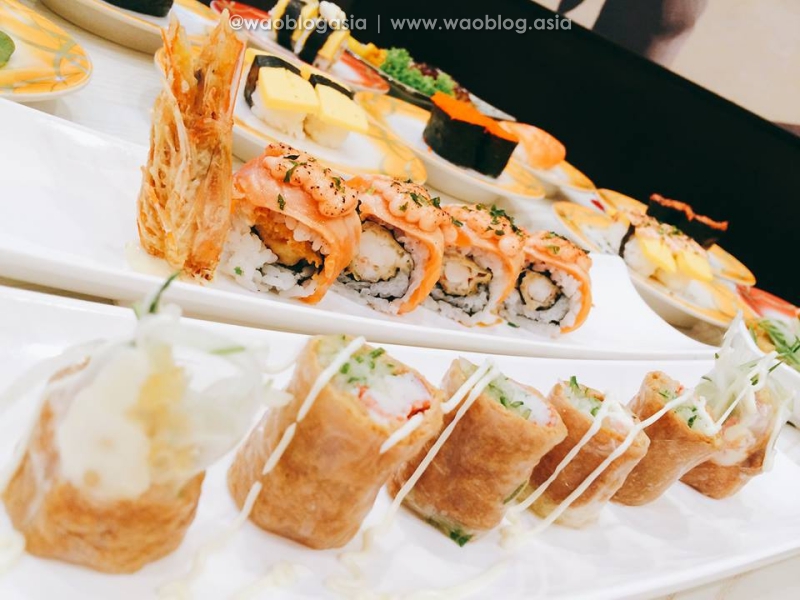 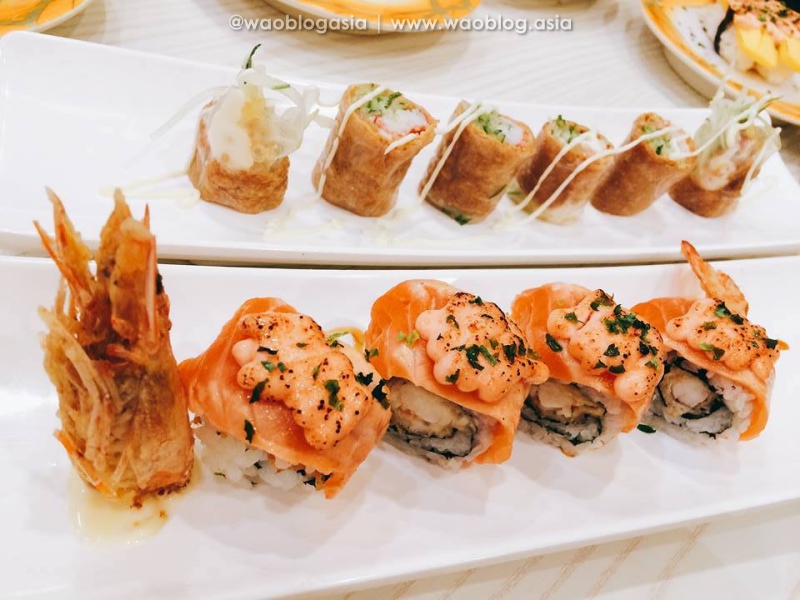 Ebi Fountain with  fresh prawn wrapped in a layer of delicate fried beancurd skin. Last but not least, it is topped with the perfect squeeze of “toothpaste” shaped Mentaiko and it has definitely set the benchmark for any Mentaiko sauce that I will be having from now on!  OMG! I can simply recall the smooth texture of the Mentaiko as it glided down my throat.

Sushi Mentai serves an elaborate spread of fresh Japanese cuisine and with their modest food prices, they are undeniably a Japanese restaurant where value meets impeccable freshness! 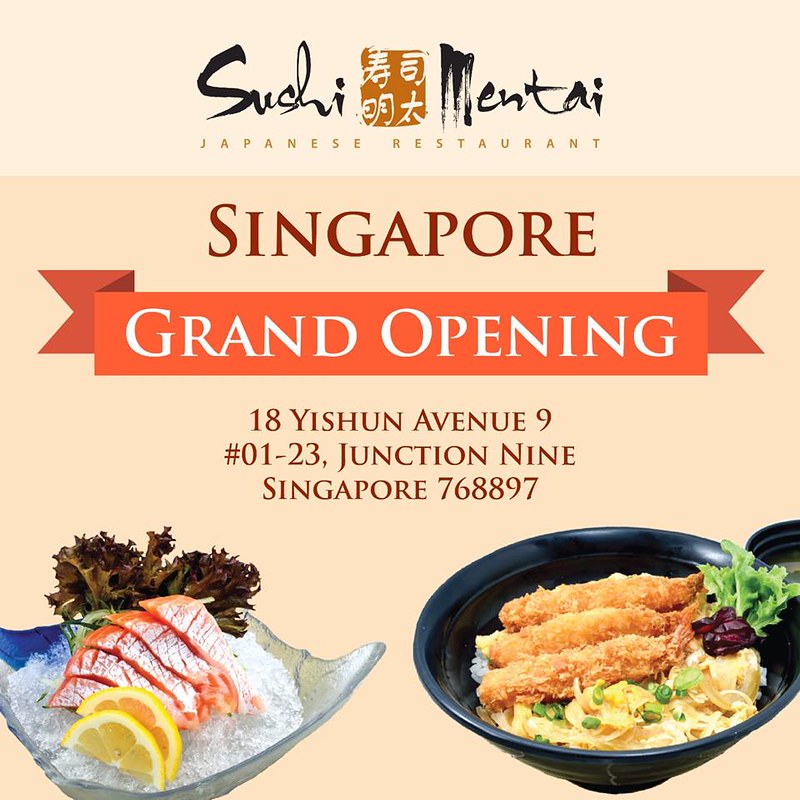 Visit http://sushi-mentai.com.sg for more information on their location or simply download Waze to get directions to Sushi Mentai!

According to Wikipedia, The God of Wealth / CaiShen (财神) is the Chinese god of …