The “SUITE” accommodation with The Haven Resort Hotel, Ipoh – All Suites

I suppose I was rather out of my mind when I readily accepted the invite to Emirates Derby event. What was I even to do there, considering how the most serious reward-less betting I have ever done in my life was to bet on what the gender of the 4th-in-line British royalty would be (a female, Princess Charlotte, which I was correct) or whether the snobbish woman on the train was carrying a real Hermès Birkin purse (apparently she was, and I was embarrassingly mistaken). That was about as serious as I could go.

The truth is, I have never made any real betting before because to win a bet, especially for derby events, requires you to be somewhat familiar with the dreaded high-school mathematic topic of probability, which I was rather terrible in, and to be familiar with the statistics of the jockey and the horse as well.

So on a hot Sunday afternoon, I clicked my black kitten heels together and made my way to the Singapore Racecourse, towards the Turf Club Marquee! Upon arrival, I was bombed with a delectable spread of feast that almost seemed never-ending and I probably would have stayed there for a prolonged period of time if I were not on an assignment. The food was largely Asian based, with some of my favourites like a perfected clay pot chicken rice and fresh seafood, and not forgetting a beautiful ice-cold longan and white fungus tong-sui dessert—just what we needed for this hot summer! 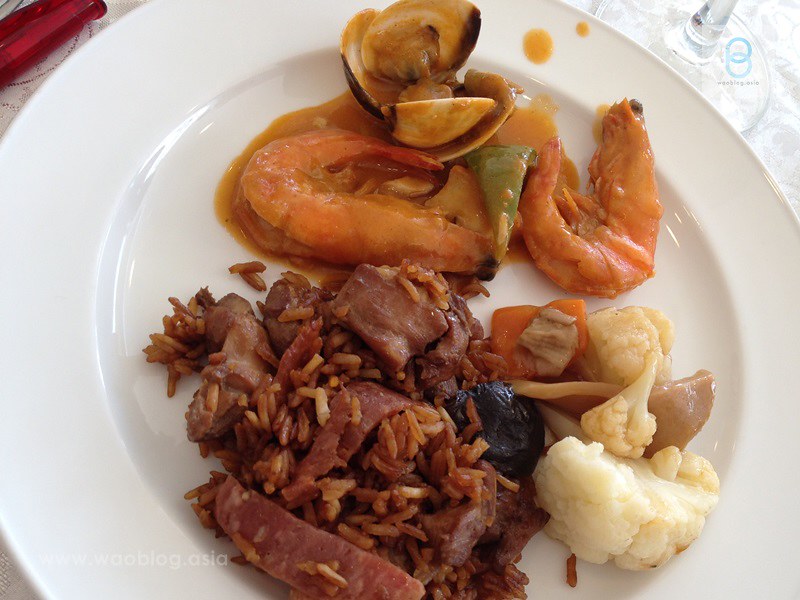 Second round of feasting—just look at the amazing food!

Seated down at my designated table with a plate of food before me, I soon realised that not only was I able to witness some serious horse racing, I also given a chance to do a derby betting as well. But as expected, I had zero clues on choosing the winner for each race. There was a rather helpful betting list that had tabulated the possible winners as predicted by our local news group. Looking through it, I could follow suit and bet on the scientifically calculated predicted winners… or I could simply pick my choices based on just how hilarious the horses are named. No guessing for what I finally decided on and if I even won… 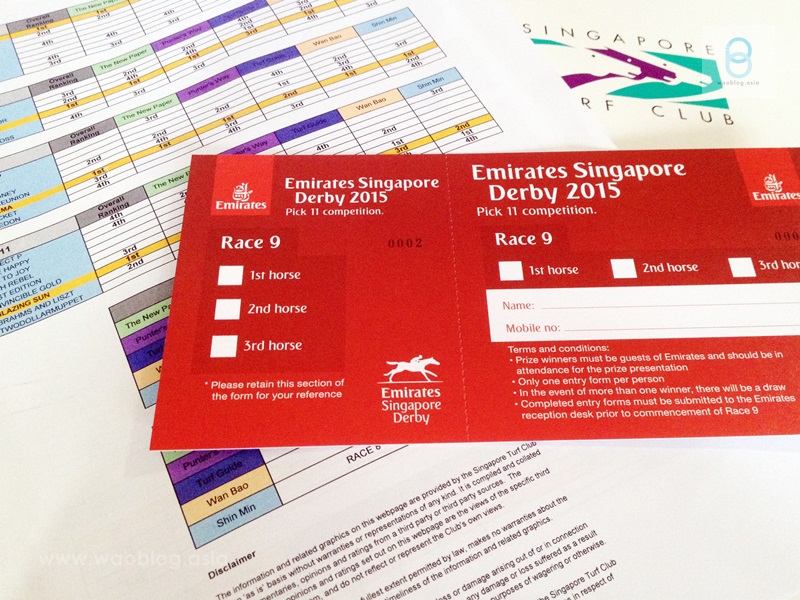 Midway through my meals, it hits me that I could actually go out to see the horse and its jockey in action. So armed with my white wine, I made my way out to do just that. Truth be told, the whole event hasn’t been all that exciting to me till this point—where you see just how close each of the jockeys are vying to outrun each other, and at that moment, I couldn’t help my usual quiet self but to cheer loudly for the one that was just inches away from the leading jockey—even if it wasn’t the horse that I had betted on, the competition was simply exhilarating! 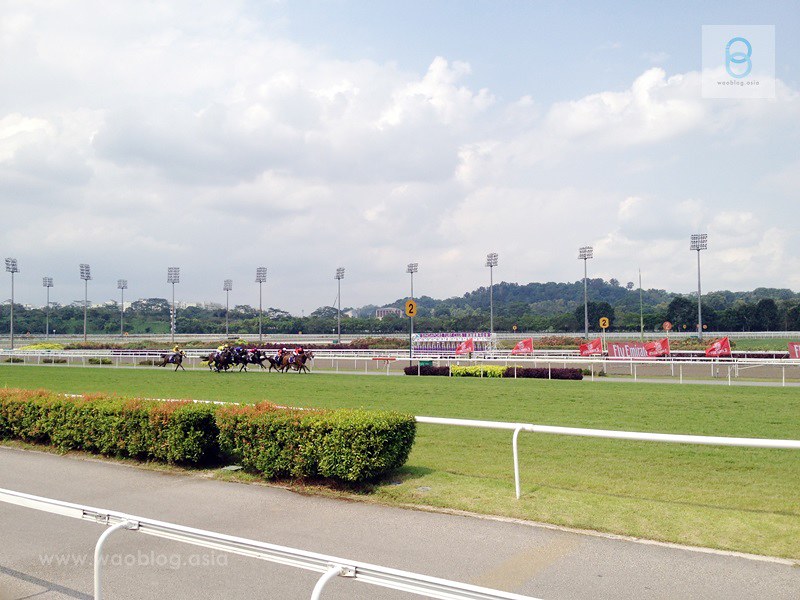 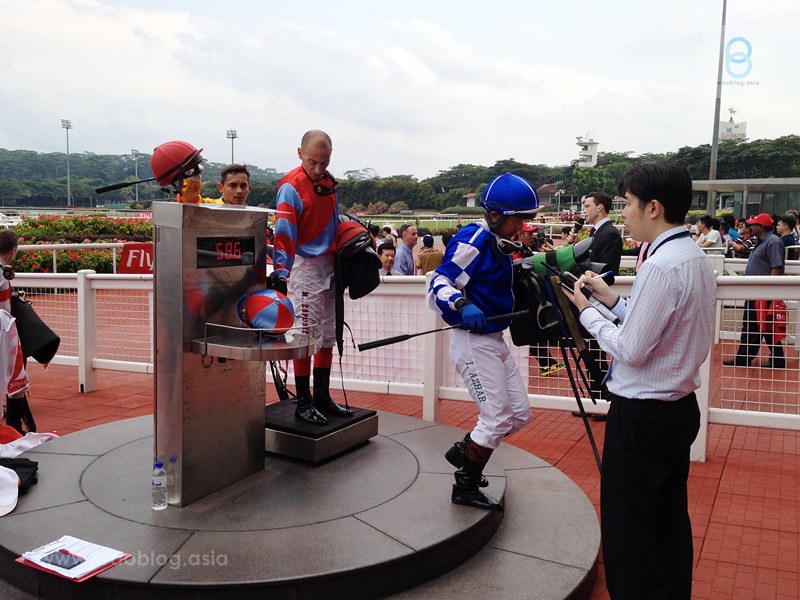 The weighing of the jockeys after the race to ensure a fair match!

As a guest to the event, we were given a chance to view the remaining races from Singapore Turf Club’s private function ballroom at the 4th floor, high above the racetracks, with a stunning view that stretches as far as one could see. 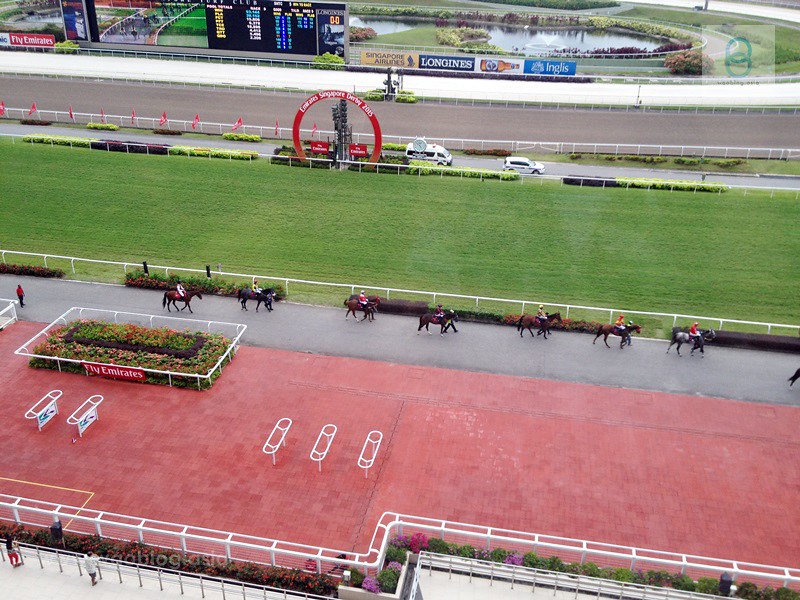 Beautiful view from visit up above

Sipping my drink, I glanced at the races that were happening and realised what an eye-opening experience it had been. I have to admit that the whole surrounding was rather overwhelming for a first timer! Every one of the guests invited to the Emirates Singapore Derby had some sort of past experience with betting and derby events, while I had none. It was a pity I never won any of the betting, but it was nonetheless still a rather intriguing moment. Being a jockey is a dangerous career after all, one that requires dedication, commitment and the understanding of the physical risks that could ensue. Even if you’re not one who’s keen on betting, just being in the presence of seeing how serious the jockeys are and the showmanship of the race was enough to gain anyone’s respect. But to end on a lighter note, if I do return again, I’ll be sure to place my bets on the horses with a scientific backing, instead of basing it solely on their funny names!

Thanks for Emirates Airline and Singapore Turf Club invitation!

According to Wikipedia, The God of Wealth / CaiShen (财神) is the Chinese god of …